A runner-up in one of Brazil’s biggest beauty pageants has died after undergoing cosmetic surgery to remove ‘laugh lines’, it was reported today.

Model Raquel Santos, 28, from Sao Gonçalo, Rio de Janeiro, suffered a heart attack after having fillers injected in her face on Monday, and police are now investigating her death.

Friends of the mother-of-two told how she was terrified of dying during plastic surgery, but was a ‘slave to vanity’ who submitted herself to ‘every procedure imaginable’. 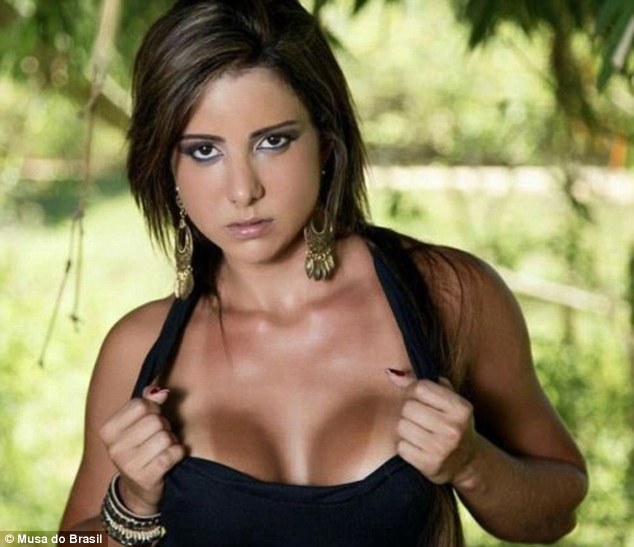 Surgery obsessed: Raquel Santos, 28, suffered a cardiac arrest after having fillers injected in her face to get rid of ‘laugh lines’

The 28-year-old, who was a finalist in the popular Musa do Brasil competition in December, suffered a cardiac arrest following the procedure on Monday.

Police are now investigating whether her reportedly daily use of an illegal horse medicine, which she injected before workouts as a performance enhancer, might have contributed to her death.

The Potenay drug, which contains mefentermine, a cardio-respiratory stimulant, is increasing used in Brazil by bodybuilders for muscle gain, but also raises users’ blood pressure.

Yesterday police reportedly interrupted the funeral of Ms Santos and took her body away for further examination after claims the model’s death certificate had been wrongly completed. 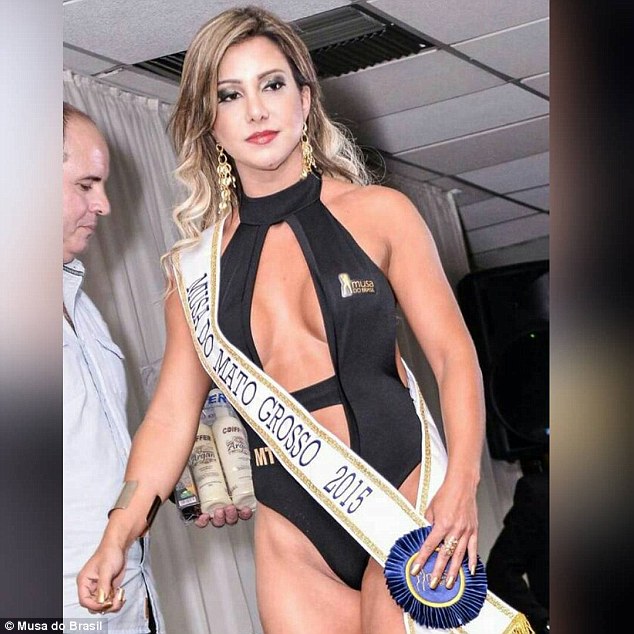 Pageant queen: The model, a finalist in the popular Musa do Brasil competition in December, was also reportedly injecting performance enhancers on a daily basis, which may have contributed to her death 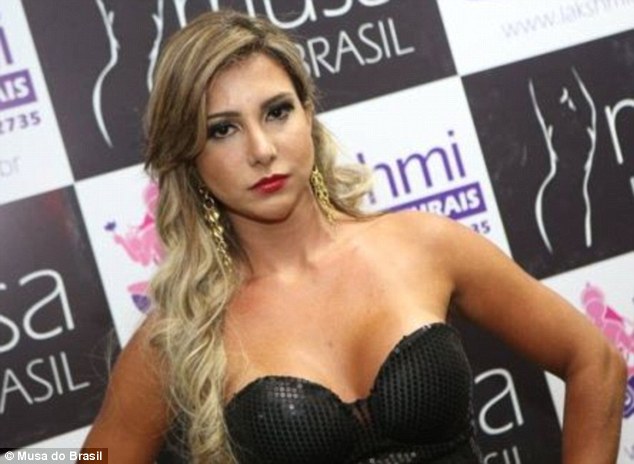 Vanity: The mother-of-two has been described as a ‘slave to vanity’ who submitted herself to ‘every procedure imaginable’

She said: ‘She was very concerned about her looks. She would go off and have procedures without telling her friends so we wouldn’t fight with her.

‘She was terrified of dying during surgery. But she did it anyway, that was how much she was obsessed with looking good. And she did every aesthetic procedure imaginable, from artificial tans to lymphatic drainage.

‘She was so vain. She worked out religiously, she was as addicted to working out as she was to plastic surgery.’

Her boyfriend Gilberto Azevedo said her quest for beauty was unnecessary and dangerous.

He said: ‘She was fascinated by it all, carnival, working out, and she always wanted more. 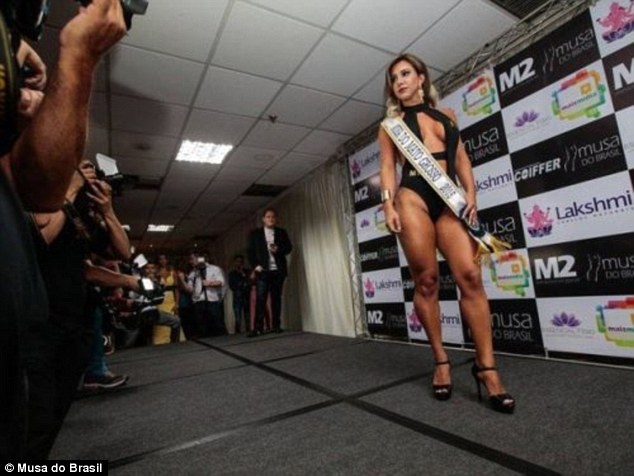 Big fan: Friends of Miss Santos, a mother of two sons aged seven and 13, has described her as ‘obsessed’ with cosmetic surgery

‘I thought that she, ugly or beautiful, was fine as she was. But she always wanted more, unnecessarily.

‘She smoked a lot and injected Potenay before going to the gym.

‘She was a very happy person, friendly and full of dreams. All she ever wanted to do was become a model.’

He said: ‘It was a simple procedure which lasted two minutes. The big problem is that she was already suffering health complications, applying Potenay to her body every day, including on the day of the surgery.’